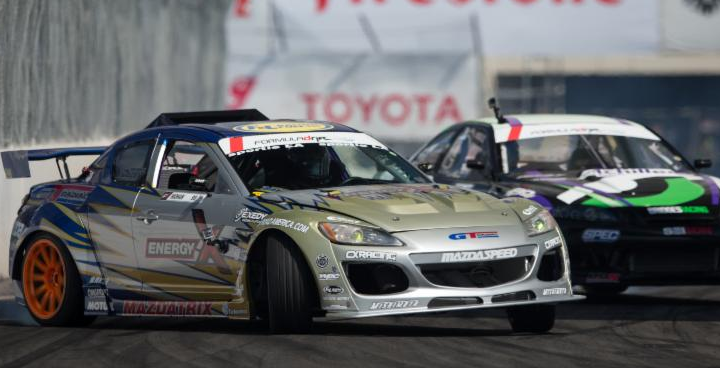 The challenging circuit on the grand prix circuit in Long Beach was the first test for Mohan's re-engineered Mazda RX-8, now featuring numerous suspension changes as well as a Mazdatrix-built 20B, three-rotor engine. With the team working hard to dial in the car on its new GT Radial Champiro SX2 tires, Mohan would ultimately qualify in thirteenth position with a score of 79. His qualifying position would put him against Robbie Nishida in the first round.

After a strong lead run by Mohan, he would make heavy contact with a tire barrier in front of the judges' stand - but independent of that, Nishida would make a mistake and spun. With both drivers scoring a 0 on the second run, Mohan would advance to the top-16 on the strength of his lead run.

While the car was badly damaged, the KMR team was able to make repairs and have the GT Radial / Energy-X / Mazdatrix Mazda RX-8 ready for opening ceremonies and Mohan's top-16 battle with Kenny Moen. Moen was able to establish a gap during his lead run, and the judges advanced him to the next round. 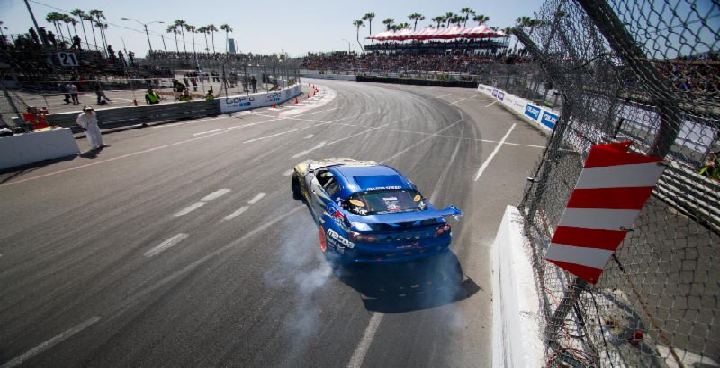 "Having the crash wasn't how we wanted to start the season, but it's a testament to all of the guys at KMR that the car was fixed and able to compete in the top-16," said Mohan. "I wanted to start the season off on the right foot and give GT Radial a solid start to the year. Making the top-16 was what we needed. Now we'll go to work and make the car ready for Atlanta."

Mohan will compete in this weekend's Motegi Super Drift Challenge, part of the Toyota Grand Prix of Long Beach. As the team is working to repair the GT Radial / Energy-X / Mazdatrix Mazda RX-8 for next month's Formula Drift round at Road Atlanta, Mohan's Mazda RX-7 FC will return to competition for this weekend's event.

"It's great to have a backup for Super Drift Challenge, and our FC is pretty much ready to go," said Mohan. "This is our former Formula Drift car, which we also drove to a Redline Time Attack championship, and it's been in the World Drift Series for the past several years. And a few weeks ago, we used it for a music video shoot for Queens of the Stone Age. It will be really fun to drive it at Long Beach again."

About Kyle Mohan Racing
Kyle Mohan competes in the Formula Drift Pro Championship in the no. 99 GT Radial / Energy-X / Mazdatrix Mazda RX-8 with support from GT Radial, Energy-X, Mazdatrix, and Mazda USA. More information can be found at www.kylemohanracing.com

Back to News & Media Center