Top ten tire manufacturer, Giti Tire has confirmed its GT Radial original equipment homologation fitments for the European passenger car and light truck market. Both Renault Nissan and PSA Peugeot Citroen will fit the manufacturer’s tires on European models, with the latter’s Peugeot Partner and Citroen Berlingo models running on GT Radial in Western European markets. While the manufacturer’s GT Radial brand has cemented its place in the territory’s aftermarket, especially in the TBR market, homologation with models produced in the most heavily regulated automotive market is seen as a step up to greater significance. Giti will argue that the deals prove the quality of its flagship brand.

For PSA Peugeot Citroen the GT Radial Champiro VP1, in size 195/65R15 91T, will be fitted to the Peugeot Partner and Citroen Berlingo. To be sold throughout the whole of Western Europe, the vehicles will be manufactured in Spain and Portugal.

The Champiro VP1 will also be fitted on the Sandero 2 and Logan 2 models, badged either Dacia or Renault, in size 185/65R15 88H. Available throughout Eastern Europe, the Mediterranean region and Russia, the cars are being produced in Morocco, Romania and Russia.

Fitment for all models commences immediately with the first tire deliveries already undertaken.

The GT Radial Champiro VP1 was launched in May 2012, and is described by the company as a mainstream all-round comfort design that offers versatility with an impressive balance of comfort, control, safety and mileage. 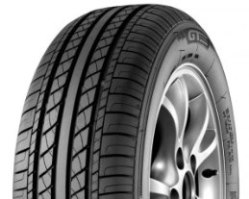 Back to News & Media Center